Your one stop guide to ETH 2.0 Staking

Your one-stop guide to ETH 2.0 Staking

Gone are the days when Bitcoin was the default choice for thousands of miners. Now there are hundreds of crypto alternatives. Ethereum is preferred by users who want flexibility and diversity of options in the Blockchain system. However, there is no denying the Ethereum (ETH) network has been overloaded and this has resulted in ever-rising transaction charges. This has been caused partly by the success of Defi projects too.

The Non-finance DApps developers find it tedious to use the network owing to high “gas” costs. So, the Ethereum Foundation started working on a network upgrade, codenamed Ethereum 2.0 (ETH2). This upgrade is meant for enhancing the speed, scalability, and efficiency of the Ethereum network. With enhanced security and scalability, the network will be able to process more transactions and evade bottlenecks. A staking model is set to replace the prevalent mining (PoW) process of Ethereum. Staking in a PoS Blockchain refers to a process of active participation in the validation of transactions. Ethereum staking is supported on cryptocurrency exchanges like Kraken, Coinbase, and Binance.

A jump into PoS and staking

Proof-of-stake is a tried and tested consensus method used by Blockchain networks to reach a consensus. Staking is the process by which PoS blockchains generate new blocks and secure the Blockchain. The process of picking validators to create a new block is known as staking.

For becoming a network validator, a user has to stake his/her ETH. Validators have to arrange transactions and set up new blocks so that the nodes can reach a consensus. Validators are also called stakers. Validators receive interest for coins staked by them, denominated in Ether. This is akin to mining rewards in PoW Blockchains.

To become a staker on Ethereum, investing 32 ETH is required. Validators are assigned to generate blocks randomly and they have to confirm and double-check blocks not made by them. So, staking provides contributors with a kind of passive revenue stream and secures Ethereum 2.0.

How does Ethereum staking function?

The PoS-powered Blockchain bundles 32 transaction blocks during every round of validation and the duration is 6.4 minutes. These groups of blocks are called Epochs. As the Blockchain adds two more epochs, the former is deemed finalized.

The Beacon Chain segregates stakers into a group named ‘committee’ of 128. Each committee gets a slot and a time to propose new blocks and validate transactions. Each epoch gets 32 slots and needs 32 sets of committees for validation completion. Once a committee is assigned a block, one of the members is granted exclusive power for proposing a new block of transaction. The rest 127 members can cast their votes.

The validators will be handled by the Beacon Chain. The latter is responsible for managing things like awarding rewards and registering members’ stake contributions. The Ethereum network is segregated into various parts and these are called shards. Individual shard states get reconciled with the Beacon Chain as a “cross-link” is created during the addition of a new block. The block is finalized only if two-thirds of the stakers agree.

Why you should stake ETH for Ethereum 2.0?

The main reason for investing in Ether and staking it is obtaining the APR. This rate can hover between 6% to 15%. The drawback is you have to stake your ether coins for a long time. It is still not clear when the Ethereum 2.0 protocol will be unveiled. Staking Ether on an exchange and getting rewarded is however an option.

To stake Ethereum-the basics you must know

Staking on Ethereum is possible in numerous ways.

The Custodial staking systems are the easiest to use, especially if you are new to this realm. You only need to deposit Ether, and setting up the node is their task. They will also manage and run that node.

There is a difference between solo staking platforms and third-party-based ones. The staking provider controls your assets, in the case of the latter. They also take a share of the rewards you earn.

For staking on the upcoming and new Ethereum network, setting up a node using Ethereum 2.0 and 1.0 clients is necessary. These clients are applications that enable nodes to interact with the Ethereum network. Remember you will need a PC with oodles of memory space to accommodate the Ethereum blockchains- both old and new. Ethereum 1.0 is 900 TB and it is growing daily. Validators also have to keep the nodes linked to the Blockchain always. So, you will need a good internet connection.

Compatible software clients you can use for staking nodes are:

After setting up validator software on the PC, sending 32 ETH to the official Ethereum staking contract address is required. 2 keys will have to be created, for validating and signing transaction blocks and withdrawing your cash. Remember, before the 2 versions of Ethereum merge, you cannot withdraw. Before sending funds to the staking contract address, use the ETH 2.0 launchpad and then follow the procedures. This payment is for assessing your validator status. It also serves as the means to punish errant validators.

Is it prudent to stake Ethereum? Is it profitable?

The amount given to stakers is decided by the total ETH quantity and also the number of active validators on its network. As the staked ETH pool decreases, the yearly interest rate goes up. Staking Ethereum is possible in many ways and you will not have to invest in costly hardware setups or deal with high energy bills either. As staking ETH is possible using regular PCs, industry analysts think Ethereum’s new 2.0 system will lure more node operators. This will help maintain the decentralized setup.

The reward given to stakers depends on the amount of ETH staked at that time and the number of stakers on its network too. As the pool of staked ETH reduces, the yearly interest rate surges upwards. When only 500,000 ETH were staked last year, the APR was 20%. As more ETH was staked later, it fell to 6%.

Are there any drawbacks to Ethereum staking?

There are no major drawbacks to staking ETH but you have to be mindful of certain facts.

Are there ways to stake Ethereum without waiting for ver 2.0 rollout?

Not everyone who invests in Ethereum, or any crypto coin for that matter has long-term goals. It is definitely possible to utilize your ETH without waiting for the migration to version 2.0 to be wrapped. While no exact date is given, it may be about a year before you can withdraw staked coins from the Beacon Chain.

However, the good thing is there are alternative means to make use of ETH that you have stored in a wallet. You can also resort to emerging ETH2 staking services and major crypto exchanges. By using these staking platforms, you can avail benefits of ETH2 staking minus risk, and liquidity is also maintained.

The major crypto exchanges that support ETH2 staking include Coinbase, Kraken, and Binance. These are ideal for beginners in ETH staking. Binance is slightly ahead as it imposes no lower staking limit and does not take a commission.

To stake ETH on Coinbase and similar exchanges, you will need to have an account on that exchange. After setting up the account and performing necessary verifications, you can purchase Ethereum tokens directly, on Coinbase. However, on Coinbase, you have to join a waitlist for staking Ethereum tokens, as of now. Since Coinbase maintains its validator nodes, after approval you can stake the desired amount of Ether tokens. Rest will be handled by the exchange.

This is what the intermediate-level investors use. These services are relatively newer in the sector but their popularity and userbase are growing steadily.

Listed below is the alternative ETH2 staking pool systems:

Staking using Lido is simple. Of course, you need to possess some ETH to start.

Your earnings will be updated daily and remember Lido takes a 10% commission.

Rocket Pool takes16 ETH from an operator and then adds 16 ETH from the staking pool for making a mini pool. The staking pools are user-friendly. If you don’t stake your ETH using Rocket Pool, you get the liquid staking token aka rETH.

Staking using Rocket Pool can be done by following these steps:

Now, you can enjoy staking rewards via rETH. Rocket Pool takes 10% of rewards. Unstacking and exchanging your rETH back to ETH is an option too.

Ethereum has evolved into much more than just a cryptocurrency platform. It is a massive crypto ecosystem based on which numerous projects and derivative technologies are running- paving way for new possibilities. Its relevance is beyond question as many emerging networks are developing Ethereum interoperability solutions. The core protocol is a huge step ahead and it will enable developers and end-users to gain in so many ways, eventually. Staking Ethereum can be profitable and there are diverse options for it. Do your research and analyze your priorities well before picking one. 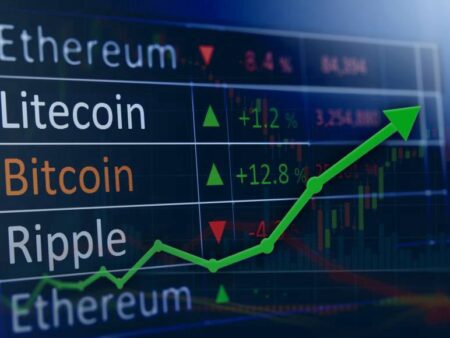 Uncategorized
How to trade cryptocurrency and make a profit? Can it be considered a full-time job?
11 months ago
0 202 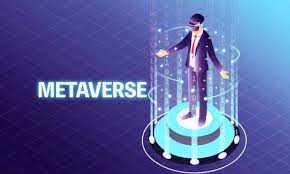